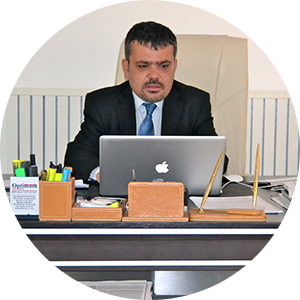 In 2012, he acted as the project partner in the establishment of Hacettepe Clinical Research Center. Since the establishment of the company, he have carried out many clinical researches on both local and international basis, providing consultancy and working on projects to create employment in the sector. Since November 2012, he has been the Chairman of the Board of Contractors for Contract Research (SAKDER) for two terms. In 2014, he received the “Successful NGO Award” organized by a magazine on behalf of SAKDER. During his presidency, his work on “Organizational Structure in the Site Management Organization” and “Contract Research IOrganizations” was reported to the authority. Accredited clinical research training was given to the sector with the joint works of domestic and foreign companies. In 2016, Klinar received the award of the R & D Advisory Award in the business world summit awards of a magazine. In 2018, he became a founding member of the “Biotechnological Drugs Association”. He is actively working in this association as the General Secretary. He is currently working actively in the development of Clinical Research across the country. 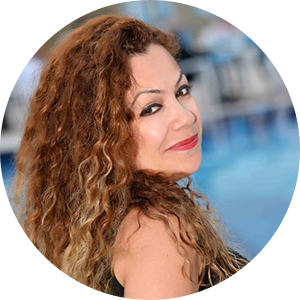 She was born in 1984. In 2006, she graduated from Gazi University, Faculty of Economics and Administrative Sciences, Department of Business Administration. Since 2004, she has been working in Optimum Contract Research Organization in different roles as Quality Manager Assistant, Quality Manager, Project Manager, Project Director and Assistant General Manager respectively. In 2011, she managed to be a part of a successful regulatory authority audit performed by the Ministry of Helath Turkey for both Klinar CRO and Optimum CRO as Quality Manager and supervisor and helped two companies to receive their certificates to be “working under principles of GCP”. In 2013, she joined Klinar Contract Research as General Manager. In 2016, she launched the ISO: 27001 system at the company, enabling the company to become one of the first local CROs certified as Data Accredited.

As a result of her features as being in service for many years especially in the field of quality management, in-house trainings, clinical research trainings; SOP trainings, ICH-GCP trainings, SOP design, SOP review activities,office audits, site audits, project development and project Management, medical translations and business development become her specialities and she is continously working in this field with more than 15 years of experience. She has a very good knowledge on Turkish infrastructure and management of clinical trials in Turkey starting from the feasibility until the clinical study report preparation. She is also a member of the supervisory board of “SAKDER”, the Association of CROs in Turkey which is also a member of EUCROF.

Klinar CRO has its clinical drug studies history varying from phase I to IV studies.

Klinar CRO has the ability to manage compassionate use studies both in project level and patient level.

Medical device studies for in vivo and in vitro medical devices with or without CE mark is within Klinar's expertise.

We Have Great Skills

For clear strategies for your project with flexible, professional, proactive teamwork with competitive costs.